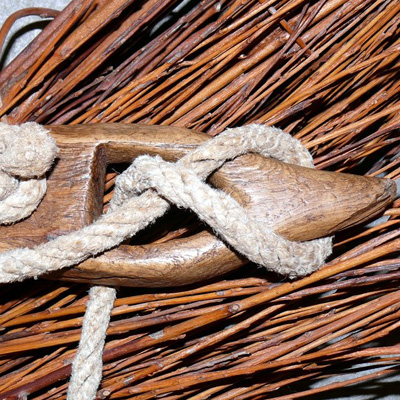 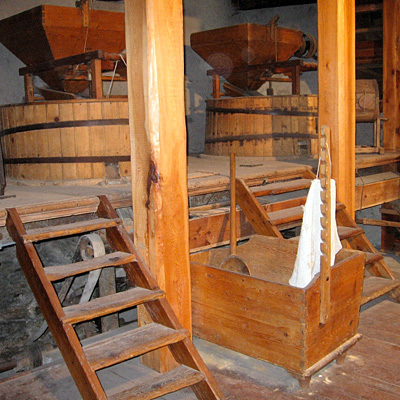 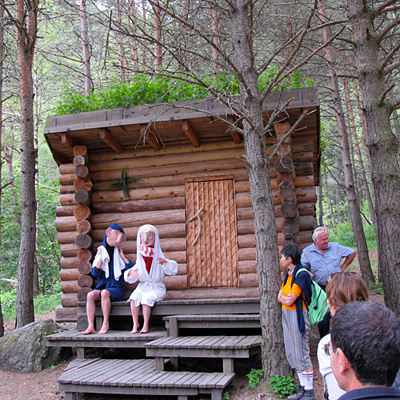 “An Ecomuseum is essentially a cultural project, closely linked to a community within its locality, using common heritage as a resource for development.  This contrasts with the more conventional idea of a museum, an institution characterized by a collection exhibited within a building for the public to visit.”

An Ecomuseum is a museum focused upon the identity of its district. It depends upon local participation and aims to enhance the welfare and development of its community. It is not a traditional museum: the objects of an ecomuseum are cultural heritage, landscape, architecture, objects used in everyday life, practical skills and know-how and oral accounts of memories and traditions.

The Colombano Romean Ecomuseum founded by the Gran Bosco of  Salbertrand Natural Park, is currently managed by Ente di Gestione delle Aree Protette delle Alpi Cozie. The route twists through the village of Salbertrand and the Gran Bosco Park, where old buildings, handmade artefacts and tools used in daily life recount centuries of history and the use of local materials. They demonstrate the productive work achieved using traditional craft techniques.

The Ecomuseum symbol chosen to represent the values it upholds is a farming tool known by its local name of anè or manavella, a wooden eyelet for fastening rope.   It is one of the simplest and most functional tools that mountain culture and peasant farmers have ever been known to produce, refining its form with use and everyday experience.  It was used to tie hay, straw, branches and every kind of load onto a mule, a cart or sledge/sled.

A manavella was usually branded or carved with the owner’s initials: The Ecomuseum’s manavella is branded with the heraldic Huguenot cross showing the area’s cultural and linguistic links to the historical Occitania region which once extended from Northern Spain, through Southern France and into the valleys of North Western Italy.

The logo is a powerful and evocative symbol which links our frenetic and technological present to a past rich in ingenuity and with a deep respect for the mountains. 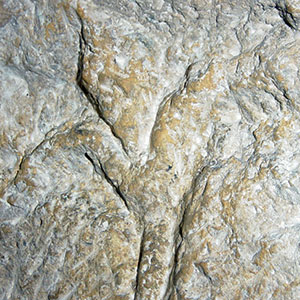 Salbertrand’s Ecomuseum is dedicated to Colombano Romean, a 16th century stone mason and miner from the village of Ramats.  He succeeded in the titanic task of tunnelling through a rocky mountain to bring water from Tuilles Valley at the foot of the Niblè mountain to irrigate the arid fields of Cels and Ramat above the villages of Chiomonte and Exilles.

Between 1526 and 1533 he dug a tunnel, at 2,000 metres above sea level, 480m long, 2m high, and 80cm wide. It is wholly hand-made and it is called Grand Pertus in the Piemontese language which means ‘big hole’. But what is visible on the Chiomonte mountain is not a simple hole. It is a testimony to the incredible willpower of one man almost 500 years ago.

Romean created it solely by himself chiselling just 20cm of rock per day even throughout winter.  The legend tells us that his only companion was his dog who used to bring him food and drink from the village.

He symbolises the hard and thankless work endured in the mountains.

The community water mill at Salbertrand and the wood oven in the hamlet of  Oulme allow us to document the complete bread process by connecting the various stages of cereal production and illustrating the links between the working and domestic world. 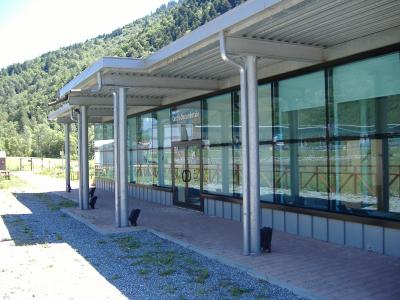 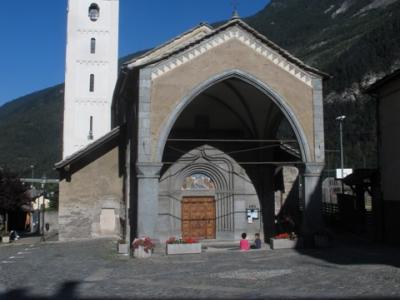 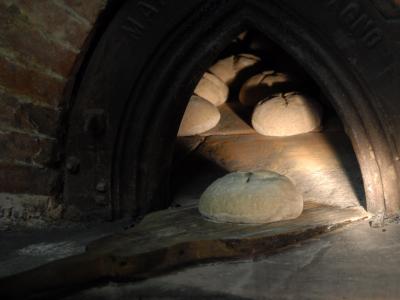 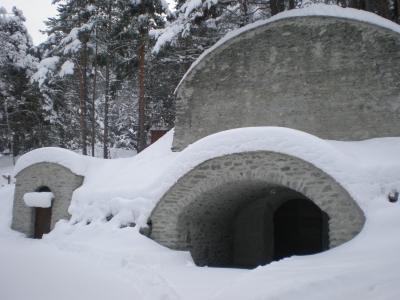 go to the complete gallery